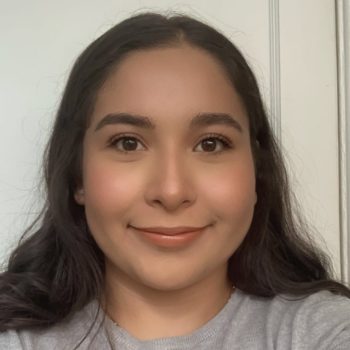 Hi Gauchos!
My name is Sofia Carmona, a 3rd year Political Science and Spanish double major. I am from the LA county and have grown up being involved in student government and advocacy groups. Coming into UCSB in 2018, I quickly got involved in Associated Students and was appointed into a brand-new position known as the Continuing Projects Coordinator. Since then I have remained in that position and worked as part of the President’s office for the last 3 administrations. Outside of AS, I have pursued a law career that has led me to be involved in various advocacy groups such as LEAD and CALPIRG. Most recently I gained the opportunity to intern with a state judge in the LA county Supreme Court. My interest has always involved the pursuit of justice and equity for the marginalized, which is why I volunteer as an interpreter and a tutor for first generation English learning students. The opportunity of becoming the next Student Advocate General sparked excitement as it encompasses everything that I am passionate about. If elected, I want to continue my efforts to reach a fair and welcoming playing field for all students. I would also love to support my fellow undocumented students by working alongside Undocumented Student Services and becoming a branch of legal support for them within the university. Being the SAG would allow me to help students that might not have the strength or the knowledge to advocate for themselves and my goal is to empower them to get through the smallest or biggest obstacle they may face at UCSB.
Believe me when I say I GAUCHO back !